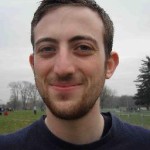 Andrew was born in Detroit, grew up in the metro area and wrote his first movie review for the Detroit News at the age of 11. (It was for "Die Another Day"... he wasn't a fan.) He graduated from the University of Michigan, where he donned the maize-and-blue plumes to play trombone in the Michigan Marching Band. Following his passion for writing, he first journeyed to Washington D.C. and then to Chicago. Andrew has written movie reviews and other features for more than a dozen publications, including NPR, The Atlantic, The New York Times, The Washington Post, National Geographic and Vulture, and has covered film festivals in Berlin and the Czech Republic. He still firmly believes that the Michigan Theater is the best movie theater in the world.

‘Detroit’ vs. Everybody: Why Kathryn Bigelow’s Movie About the 1967 Riots Wasn’t Nominated for Any Oscars

APRIL 💜⁠⠀ As all of you are already aware,

From bold prints to lighter layers, Michiganders a

Made with in Michigan.